Ryan Hansford and his Multispares SLR5000 Torana have had their best result so far in Touring Car Masters grabbing the Pro Am class win and finishing 2nd to Steve Johnson overall at Winton Raceway for round 3 of the 2018 series.

Last year, Winton was only the 2nd round for Ryan and the team in the Torana but this year they returned having learnt what gearbox and diff ratios they need for the tight and twisty layout. Once again the Friday practice was wet and once again Ryan was fast just getting pipped by Johnson on the last lap as the track dried. 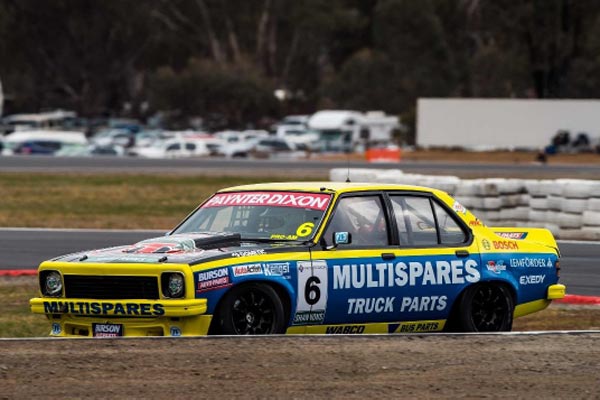 This year TCM have elected to have one practice, one Qualifying and 4 races, so it was straight into qualifying and Ryan did a fantastic job in qualifying to be 3rd but most importantly only .1 of a second behind the highly experienced John Bowe in his A9X Torana. Not only is JB one of Australia’s most accomplished drivers, but his A9X has a wider track and this is one of the reasons the Peters Motorsport team are building Ryan a new A9X Torana so he can get on a level playing field with the other Torana’s in the field.

Race 1 as always is the reverse grid race which often sees a variety of winners but this time John Bowe muscled his way through the field whilst Ryan and Steve Johnson took a more cautious approach with Ryan finished mid field in 11th, with Steve right behind him in 12th. For the reverse grid “Trophy race” every competitor gets 25 points for starting and 25 points for finishing.

Race 2 was Saturday afternoon, and Ryan got a good start but couldn’t find a way past JB, and sat on his bumper for much of the race as John was also trying to find a way past Johnson, but in the end it was Johnson, Bowe and Hansford who crossed the line 1st, 2nd and 3rd.

Race 3 and 4 on Sunday were terrific races with battles going on right throughout the field, and with JB having a problem and dropping back, Ryan grabbed 2nd place to Johnson, which meant he would start race 4 on the front row. Adam Bressington who Ryan battled with all of last year and who did eventually win the Pro Am class in 2017 got a ripper start and pushed his way through into the esses. After some frantic racing came a safety car, and at the re start Bresso grabbed the lead and Ryan followed him through, getting past Steve Johnson in a terrific pass, which had the Supercar crowd on their feet.

Adam Bressington got his first win, while Ryan finished 2nd, Steve Johnson 3rd and John Bowe 4th.
Whilst the new Torana is still coming later this year, it hasn’t stopped the team continuing to develop and understand this Torana, and Ryan is driving it better than ever. 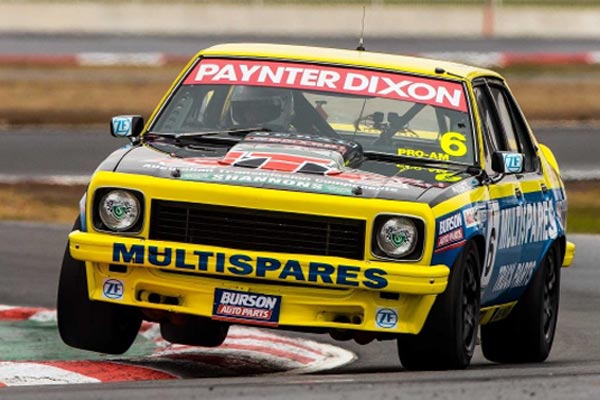 Darwin is the next stop followed by Townsville, and Ryan can’t wait.
“I’m really pleased with the cars pace at Winton and I can’t wait to get to Hidden Valley. Last year every track we went too was new so we didn’t have clue about set up so this year we have a great starting point.. It is a great track, and I won there in a V8 Ute, so I’m confident we can continue the form.” Said Ryan